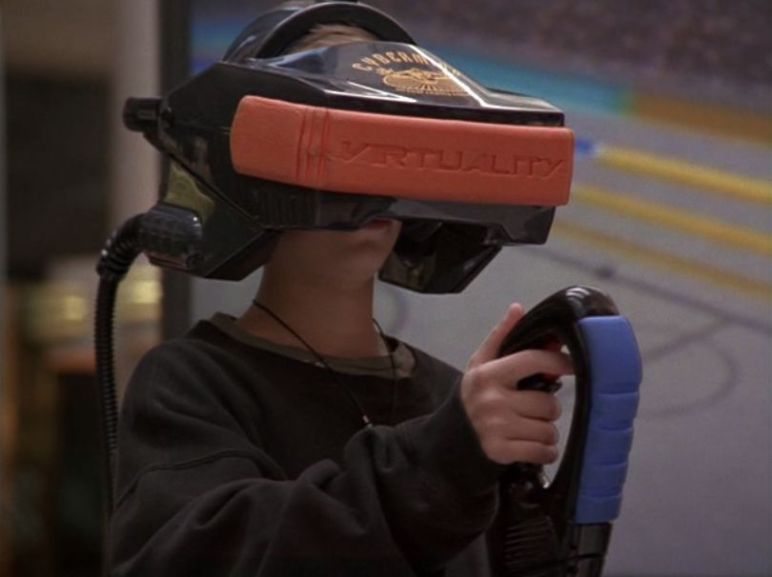 Technology can be a difficult industry to work in if you don’t live in the right place. Everyone knows that all of the best startup and tech companies are in a handful of cities, mostly on or near the coasts. San Francisco, NYC, Denver, Portland, and a handful of other cities are the place to be if you want to work at a startup, especially if you want to work in tech. Even so, I’ve been working as a support expert for SaaS companies and tech startups for four years now, all from my cozy little house far from any coast, in Kenosha, Wisconsin.

Luck (and maybe a little charm) has a lot to do with how I got started in this career, but I didn’t have to leave the midwest, my hometown, or uproot my family to thrive in it. That, if you ask me, is a miracle of technology (and the result of a lot of hard work on my end), and all signs point to things only getting better.

If you follow any technology blogs at all, or even if you just read Forbes, you know that virtual reality is about to be the world’s newest technological darling. To be perfectly honest, there are a lot of applications for VR of which I remain staunchly skeptical. After all, a handful of years ago we all thought we were going to be sitting on our couches, staring up at our curved, plasma screen 3dTVs. All the same, while I may not be completely sold on the idea that VR will be the biggest entertainment revolution since color television, there’s one application that I hope (and believe) could make a miraculous difference in how we live our lives. We’re already half there anyway.

Example: Every morning I wake up, help prepare my family and myself for the day, make a cup of coffee, then take my usual walk to work…down a hallway and to the right. I don’t so much “go” to work as I log into it. Open online help-desk software – check. Open the website I’m running support for – check. Open the various online tools I use every day to communicate, stay organized, and accomplish tasks – check. The entire infrastructure of my job is online. I have phone meetings with new clients on the internet. I have video meetings with my coworkers on the internet. I do my every last piece of work on the internet (if you don’t count the little Word notebook I use to make daily to-do lists because I prefer the feeling of scratching off a task on a piece of paper).

About a year or so ago I was reading story after story about telepresence robots, those parking meters on Segways with iPads bolted to the front of them that allowed people to shuffle awkwardly around their offices in representational form while their actual form was awkwardly shuffling somewhere halfway across the world. Those things were, simply put, goofy as hell. But the use-case was undeniably valuable, giving new meaning to the phrase “wherever you go, there you are”. No matter where you were in the world physically, you could be in another place. It was the closest thing I had ever seen to teleportation in real life, a technology I’d dreamed of seeing in reality since I was a kid watching Star Trek movies (the ones with the Borg, if you’re trying to guess my age).

Now, we have an added promise. Robots, in the classical sense, are becoming more and more articulated, more dexterous, and more controllable. Meanwhile, high-definition cameras are becoming less and less expensive, and VR is poised to make a huge and lasting jump to mainstream technology. Certain countries have recently named high-speed internet a basic service, declaring it “an essential for quality of life.”

And, in the tech industry, certain roles just make sense as primarily remote jobs. Entire teams of people that form highly successful companies are completely distributed. Bandcamp, for instance, a household name in independent music marketing and distribution. Automattic, the company behind WordPress (on which I built this blog). Buffer, Upworthy, Mozilla, Github, and the list goes on. Some of these teams see each other in person twice a year or less, and they all seem to agree that they’re better for it. Some use it as a means to travel the world, to be a “digital nomad” and work one week from Barcelona, another from Stockholm, the next from…well, you get it. For others, it’s a different kind of incredible opportunity: they can work in an exciting, ever-changing industry that they love from the comfort of their own homes, in their own states, with their families and creature-comforts close.

There’s a classic American narrative that has boomed ever since the term “suburb” was introduced into the common vernacular: young pre-teen dreams of achievement, of making something of themselves, studies hard, graduates, then moves away to college and greener pastures (usually actually located within a big city) to achieve their dreams of being an artist/genius/mogul/what-have-you. It’s a great story, really, rooted as much in the Hero’s Journey as any good Star Wars film. But the thing is, I don’t think it’s as common as I think we think it is (that sentence, woof). If my experience tells me anything, it seems like I’ve met a lot of people who never moved more than a handful of states away from where they grew up.

There’s a huge stigma that surrounds both people who never leave the area where they grew up, and the communities they live in. As a Midwesterner who lives in a comparatively small city to the larger ones that surround it, I’ve felt that stigma a lot. I never moved away to a coast or struck out to seek my fortune. I went to college nearby, paid the tuition I could afford at the time. I’m just a small-town kid. I worry constantly that somehow, without realizing it, I might be what people brutally call a townie, that I’m the weird cop Zach Braff comes home to accidentally reconnect with in Garden State. The short version of the story: my family was poor, my dad was sick, I met the woman of my dreams, and I was too busy trying to live my life and survive to skip town. And that’s okay – that’s lots of peoples’ story.

Now, both technology and industry stand poised to continue to challenge that stigma, to further challenge the location-based demands on people striving to be successful. Personally, I’m proud to work remotely from a city that I like in a state I’ve grown to love. And there are huge benefits – for instance, with a young child, it’s incredibly valuable to be able to stay near my in-laws even though I work for a company whose headquarters is miles and miles away. And did I mention that there are huge benefits to companies who build a distributed workforce (especially when it comes to customer support teams)? There are.

I remember when I first saw the internet as a child, the beautiful green glow of Juno Mail, the oceanic blue of Netscape Navigator…flying toasters. It changed my world back then, and it has changed my world in immeasurable ways since. I can only hope that those changes continue and that these new breakthroughs make it possible for more and more people to work in whatever industry they care to even if relocating isn’t an option, to stop being made to feel ashamed (even a little bit) of where they live, and to stop driving to work and walk instead – just down the hallway from their kitchen.